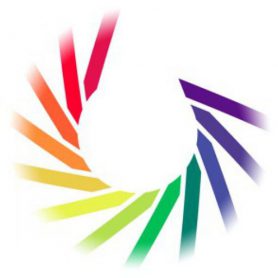 Sex is a primary formal and informal organisational principle in most, if not all, societies. Because sex is typically regarded as binary (i.e., male or female), those who do not fit these strict boxes are often excluded or marginalised. This may range from cis* individuals (i.e., those whose sex assigned at birth matches their gender identity) who step outside their prescribed gender roles to trans* and intersex* individuals who may be confronted with the restrictions of this binary conception on a daily basis. Sexual orientation intersects with sex as well, for institutions and social and cultural practices based on a binary perception of sex also affect people who do not (entirely) conform to heterosexual standards. These forms of exclusion may significantly affect people’s well-being, their standard of living and, more generally, their ability to enjoy human rights.

The institutionalisation of sex is also reflected by the fact that sex is systematically registered by nation-states and by non-state actors. However, both administrative registration practices and biological and legal understandings of sex as binary are currently subject to debate. In many contexts, LGBTI organisations have initiated this debate, often drawing upon human rights standards.

GIRARE (Gender Identity Registration And Human Rights Effects) is a joint research endeavor between the Faculties of the Humanities (Gender Studies) and Law (Utrecht Center for European Research into Family Law & SIM). Our project intends to explore two aspects of the developments described above. One strand of this research focuses on the relation between short- term and long-term changes in sex registration practices and human well-being (humans understood here broadly as encompassing all gender identities, including cis*), while another central focus revolves around the effects of invoking human rights to change the ways in which sex has been institutionalized.

Central to our project is also an analysis of the tensions and interactions between legal and cultural notions of citizenship. We examine how human rights-based approaches to questions of exclusion may complicate citizenship norms, particularly as they intersect with sex/gender. One might ask, for example, what it means to be a ‘citizen’ for those who do not fit into clear categories like ‘man’ and ‘woman’, categories upon with many nation-states rely; and vice versa, one might ask what happens if states begin to accommodate such ‘misfitting’ individual gender identities. More generally, one may wonder why the attribution of citizenship not only depends on individual acceptance of a sex, but also includes the requirement to live and express oneself in accordance with the expectations implied by that label.